skip to main | skip to sidebar

At any rate, our poor hero is currently plagued by an erection so painful that he thinks it can only mean one thing. No, it's not that he has drained the blood from someone who has overdosed on Viagra, he's going to have to create an "offspring" soon (turn someone into a vampire, that is) or he will go mad. Insanity from an overheated erection - now that's something new. Meanwhile, a naughty vampire called Quade is sending his henchmen after Malveaux. I'd think someone with a hard-on that won't go down and a bisexual tendency will enjoy buggering those hapless vampire goons but Malveaux just kills them, alas. It's amazing though that his erection persists while he's killing those goons. Maybe that's why he is "unusual".

Our heroine Tempest Moon is a rocker gal in a band. She's more like Anne Wilson or Stevie Nicks when it comes to sexual appetite, which is good as it makes her come off like a "real" rocker instead of some silly virginal Goth girl wannabe. When her world and Malveaux's collide, baby, it's rock and roll.

Don't be fooled by the overemphasis of the story on Malveaux's erection in the first few chapters of the story - Undead In The City soon morphs into a beautifully gory horror story spiced with plenty of naughtiness. Hera St Aubyn is channeling Nancy A Collins rather than any random current "I shag my way through all the werewolves and vampires in the city because I'm a Mary Sue that way" urban fantasy authors out there and the result is unexpectedly good. Tempest is a complete man-eating slut and I so adore her as she gets down to business with Malveaux with style and plenty of sass. Malveaux is pretty fun too as he's a vampire who is bad-ass rather than whiny-ass. He rips people's head off without remorse while becoming only a little bit mushy when it comes to his adoration of Tempest.

Undead In The City is too much fun for words. It needs to be longer, though, if only because I hate how it ends in what seems like a most premature manner. 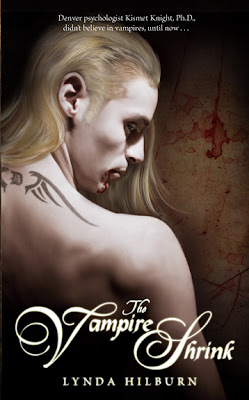 My alter ego is giving away a signed copy of her upcoming trade paperback, "The Vampire Shrink."
Check out the details on her blog:

Rating: 5 cups
Tempest Moon is the lead guitarist in a rock band. All she wants to do is play her gigs, have sex with whoever strikes her fancy, and be in total control of her life while she and the band wait to be discovered. That all changes though when her fancy takes her to Malveaux.
Malveaux is a 200 year old vampire who is just looking for a place to get out of the cold when he enters the dive that Tempest and her band are playing in. He takes an instant liking to Tempest and decides that she will be his first offspring.
When Malveaux’s enemy Quade sends a couple of vampire thugs to do him in, it interrupts his and Tempest’s fun. But these newly undead are not the only ones after him, even his mob boss has it in for him. As he and Tempest attempt to work out their relationship, again and again his enemies attack them. Malveaux does not count on actually caring for Tempest, nor she for him. When Quade comes up with a truly devious plot, will Tempest and Malveaux survive this latest attack? Or will they lose each other forever?
Undead in the City follows the Dracula theme, but with its own unique flavor. Ms. St. Aubyn does a fantastic job of following the vampire myth carefully, and then adding her own spin to it. I adored reading about Tempest and her “damn the torpedos” attitude. Malveaux’s confusion about the best way to deal with her is hilarious. The sex is hot enough to fry eggs on the side walk making this an exciting read. The villains are just as entertaining as the good guys, and all personalities are well defined. This is one fun read that no one should miss!
Regina, Reviewer for Coffee Time Romance
Posted by Hera St. Aubyn at 11:26 PM No comments:

UNDEAD IN THE CITY starts off at a fast pace and doesn’t slow down until the last page. Malveaux is the sinfully sensual hero that will hold readers captivated. Tempest is the kick butt heroine that believes in going after what she wants and not stopping until she gets it. The plot is packed full of adventure that will keep readers on the edge of their seat. The love scenes are a volcanic eruption of passion that will melt your circuits. Hera St. Aubyn has done an incredible job of creating characters that are unpredictable and a plot that sizzles. I can’t wait to see what St. Aubyn will come up with for her next book.

Undead in the City, by Hera St. Aubyn draws you into the world of Malveaux and Tempest and will not let go. These two characters have their own agenda; each one thinking the other is prey. Are they in for a surprise and so is the reader. You cannot help but fall into this story with both feet and your eyes wide open. So if you like a story with not a lot distraction from the main theme, SEX, this is your story. Undead in the City gets right to the point. The sex is hard and the characters are strong. I thoroughly love this story, and never got bored.
Barb, TwoLipsReviews.com
Posted by Hera St. Aubyn at 8:20 PM No comments: 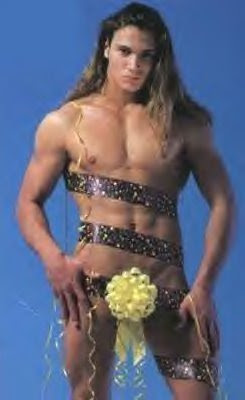 Here are the 3 winners:
T-shirt: Christy
Tote Bag: Stephanie Bennett
Download of "Undead in the City": Jeanne Andrew
Congratulations everyone!! Thanks so much for participating!
(This guy is the consolation prize. I gave him to myself!)
Posted by Hera St. Aubyn at 4:03 PM 4 comments:

Another Good Review for "Vampire of my Dreams"

Alana Fairfax has avoided the area she now finds herself in; it was in this very spot her husband had been taken from her four years ago. She cannot even remember how she arrived here tonight. But when mysterious, unseen hands begin to caress and arouse her; she begins to feel dizzy, until she is swept up in the arms of a very gorgeous, very dark stranger.

This dark stranger, Winston Grayson has known Alana since her childhood, in fact he was a part of her life then, but has kept his distance since. Now that she has come to him, he refuses to loose her again. Can Alana accept that the man she loves is in fact just like the characters she writes about in her books; that he is not exactly alive.

Hera St. Aubyn has written a hot sexy story, that I found entertaining and fun from page one. Alana was such a well-written character the reader will feel her pain as well as her happiness and her need. And her dark stranger, well he is just gorgeous and every woman’s fantasy. Anyone who enjoys a good vampire story with a little spice will love this one.
Overall rating: 5 hearts
Sensuality rating: Very sensual
Reviewer: Sandra, The Romance Studio
June 14, 2007 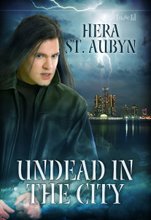 Undead in the City, Loose Id